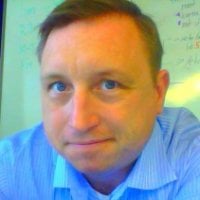 I have found two issues that appear to be from a change to the code as Newton ages.

Issue 1: The ~/devstack/functions-common file is missing the -b on line 540 in order to declare the following to be a branch, instead of a new git repo. This is why you will see a lot of errors that show a cd into a directory lie /etc/glance or /etc/keystone then an error about git unknown repo.

Issue 2: This actually comes from the first issue. The newer repo version of keystone knows to look for a different file name  It seems that the ./stack.sh script fails due to an issue with keystone. The git command should move into the stable/newton branch but fails. When attempted manually it works. I will  invetigate why. What happens instead is a later script looks for a file named ~/devstack/etc/policy.json which does not exist. It is now called ~/devstack/etc/policy.v3cloudsample.json

To fix, edit lib/keystone  and rename the file. It is on line 204. Following shows the new line and the old line commented below it. I've included the above and below line from the file so you can see it in context.

I will continue to work on other errors.