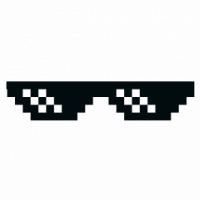 There are some things I don't understand concerning ntp, if someone could clarify I would be very grateful.

First, since the same file /etc/ntp.conf is used for client AND server configuration, how does the daemon know if it's a server or a client ? Or it is always both server and client at the same time (since I guess it has to get the correct time from somewhere unless it's stratum 1) ?

In Lab 11.3 solution it's suggested to add following lines to /etc/ntp.conf:

On my system (ubuntu server 20.04) that doesn't do anything (visible at least). I had to change server for pool as in
pool 0.pool.ntp.org
for the solution to work.

So, I guess the server is used to start a local ntp server ?

Second thing a bit confusing for me is the syntax for allowing client connections:

First it says default policy prevents queries and I see a logical restrict ... no something something but then
to unrestrict localhost we add restrict 127.0.0.1 and to allow queries for a particular host we add noquery... ?

Is it just me or this is a bit counter intuitive ? What's the logic behind this ?

Thanks in advance for your time !

In the course LFS211 > Advanced Networking > NTP Applications
I think the expand title /etc/ntp.confntp should be /etc/ntp.conf (?) and also the NTP link once we expand the tab is broken