Zorin OS (and its many versions) 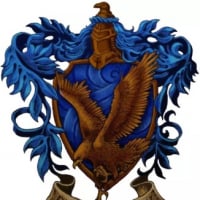 I'm interested in Zorin OS. It'll be my first time working with Linux.

If I get the Zorin Core and have it permanently installed on my computer (wiping out the Windows preinstalled on it), and I later decide to add Zorin Ultimate to get all that good extra stuff, would I be able to do that easily without erasing all my files (such as documents and game saves)? Is it a simple thing to download? Or will it be this big series of events? Please help me, I'm confused.

Next question...
I'm new to the Kernel idea, but I read somewhere you can customize your Kernels. With Zorin, could I customize it? Also, with Zorin, would I be functioning as an administrator? (I'm concerned with not having full control of my computer, this is why I ask).

Last question...
On the Zorin website, it says some of the version have a cost. I'm willing to purchase one, but does anyone know if this is a one-time purchase? Or a subscription?