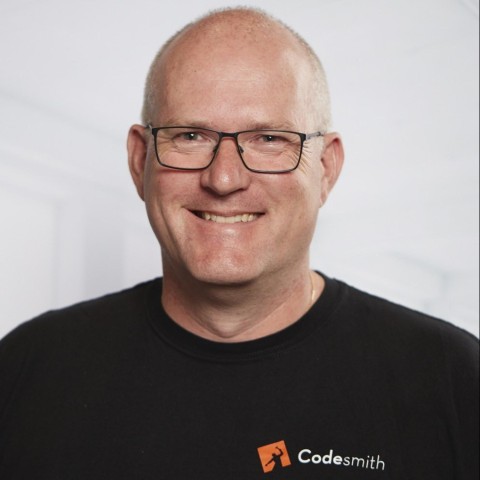 I fixed it by changing the vol1.yaml and vol2.yaml to point to /localdocker/data and /localdocker/nginx. Then I found out that this did work but on the node the localregistry got deployed to. In my case worker2. I created a master and two workers not allowing deployments on master.
Now on a reboot of my local virtualMachine (virtualbox) setup it is very possible that they will be spun up on a different node the next time and I lose my pushed images. This actually happened already :-)

I also noticed that the volumes are bound "randomly" to one of the claims and in my case nginx got bound to data and registry to nginx. This felt weird and unwanted...

Are these things wil will solve later on in the course or am I missing something here?