I am using Ubuntu 18 for my training. I have a question. I ran the command ps -elf and in the book it says this:

In my screenshot I see both 1 and 2. 1 belongs to /sbin/init maybe-ubiquity and 2 belongs to kthreadd. 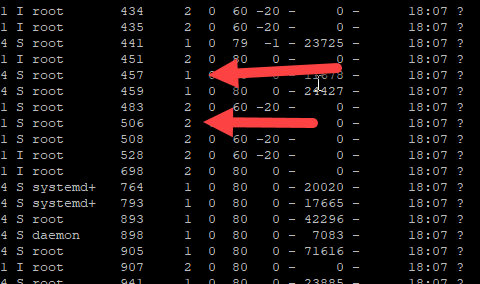 Am I running some type of a hybrid type system?