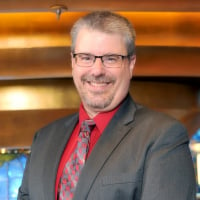 Example Use Case
There is a new project team who wants to use a Linux system for maintaining documents, code and executables for their project, Project Rhino. The Project Manager, Sally, comes to you requesting a "project" directory out in /home, called "rhino" for the project to use. Sally also asked for a new group, also called "rhino" with the members of the team in that new group, and you set both up for Sally.

For security, Sally wants the /home/rhino directory protected, so you set the directory to be owned by Sally, group-owned by "rhino," and not accessible by others. The permissions are initially set to mode 770. Ideally, Sally wants all files and directories created under /home/rhino also to be group-owned by the project group, "rhino." You know that the setgid bit on directories will make it so that newly created files and directories will automatically inherit the group-owner of that directory, so you then turn on the setgid bit on /home/rhino (using the chmod command). For maximum security, you also have the Project Rhino members set their umask to 007 so that those new files/directories are group-writable (so that others can modify files that project members created) and "others" permissions are totally turned off.

All Set, Until…
Bob from marketing is not in the Rhino group but needs access to some files (i.e. product descriptions). How can we give Bob access to only the few files he may need access to?

Linux Feature - ACLs
Let's turn to another uncommon feature in Linux: file access control lists, or ACLs (usually pronounced as "ackles"). Two commands are used to maintain ACLs: setfacl and getfacl (refer to the manual pages for details). ACLs allow you to grant read, write and execute permissions to individual users or entire groups to individual files and directories. Using ACLs, we can allow Bob the limited access he needs.

There is so much to learn! Keep going; I know you can do it!